Get fresh music recommendations delivered to your inbox every Friday.
We've updated our Terms of Use. You can review the changes here.

Hollywood In The 80s 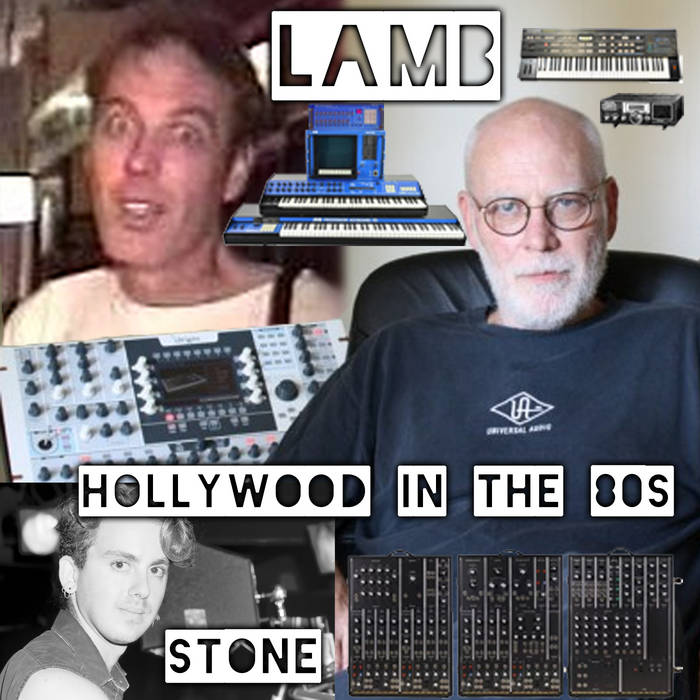 This album is really more of a tribute to the late Kevin Lamb whom I learned passed away somewhat unexpectedly so many in 2019. Kevin had just finished creating yet more amazing sounds for yet another synth, this time the MOOG ONE and has an incredible history as a sound designer for many other synths.

Taken from the Moogfoundation page:

I had the unique opportunity to meet Kevin when I was just getting into writing electronic music myself or wanted to. It would be another year or two before I would buy my first Atari ST setup because I ended up getting dropped into Kevin's world where he ended up being the owner of a PPG 2.3, EVU, Waveterm-A, PRK, 3 modular suitcases MOOGs and a cat named Stinks all in a Hollywood studio apartment right off Hollywood blvd. I would end up practically living there for months absorbing his teaching on the PPG system and meeting quite a few people along the way as well as experiencing a few crazy things here and there.

From going with Kevin to audition as a live player for Thomas Dolby, to walking into his apartment to find Bobby Brown asleep on his couch, Stinks sitting on his chest staring at his face, mesmerized for hours. (We just couldn't bring ourselves to move him).

During that time we didn't work together, we gelled together to create what you're hearing here. We finished each other's sentences and never got on each other's nerves. Strange but true - it just was. I miss those times. Crazy discussions - crazy music sessions. No studio setting - just that Hollywood apartment in the 80s.

Clubs: House Of Usher (SF), The Black Lodge (SF) plus countless others.

Bandcamp Daily  your guide to the world of Bandcamp

Guests John Beltran and Kim Myhr walk us through their magical musical adventures.